Facing serious challenges in the upcoming election in a struggling economy, Turkish President Recep Tayyip Erdoğan has turned to Russia for help to boost his cash reserves, rehabilitate his tarnished image and offer relief to consumers with significant energy price reductions.

Speaking to reporters after returning from a tour of the Balkans last week, Erdoğan revealed ongoing negotiations with Russian President Vladimir Putin over a reduction in the price of natural gas. “Russia has not imposed any sanctions on us. I had a discussion with him about the price [of gas deliveries]”, he told reporters. “If he approaches this in a positive way, then it would be the ‘crème de la crème’ because our goal is to provide as much electricity and natural gas as possible to our citizens. on more favorable terms.

Erdoğan’s popularity has declined in Turkey, and his ruling Justice and Development Party (AKP) has lost significant support according to polls, mainly due to soaring inflation and high unemployment, especially among young people, and rising food and energy prices. His first priority is to prevent Russia from cutting off gas supplies to Turkey like Putin did to Europe, and above all to obtain concessions from Moscow at a reduced price while Moscow looks for ways to circumvent Western sanctions.

The Turkish president’s public remarks during a trip to Bosnia, Serbia and Croatia in which he sided with Putin to cut off gas to Europe, opposed sanctions and blamed the West to provoke Russia were partly aimed at pleasing Putin ahead of talks in Uzbekistan to help him. to be re-elected in Turkey.

Erdoğan has already declared that his government will not join the sanctions against Russia and has opened up Turkey’s financial and banking systems to Russian oligarchs who wanted to evade Western sanctions and avoid asset freezes and seizures.

In his comments on the plane, Erdoğan said that some companies had already parked their money in Turkey because, he claimed, “there is no trust in any other country. But there is confidence in Turkey at this stage. My colleagues and I are conducting many meetings on this issue, and we have had positive results from these meetings,” he explained.

He boasted of an improvement in the Turkish Central Bank’s foreign currency reserves in recent weeks and attributed the trend to liquidity inflows to Turkey.

Erdoğan’s record on such tactics speaks for itself. For years, his government helped the Iranian regime circumvent U.S.-imposed sanctions, with Turkish state banks laundering money for Iranian entities. He and his cronies have meanwhile gotten rich from the bribes and bribes they got from such operations.

Investigations into the transplants in 2013 revealed that Erdoğan and his associates received a huge amount of bribes from an Iranian agent named Reza Zarrab, who laundered Iranian government funds using the state bank Turkish Halkbank to avoid US sanctions. The same investigations showed that Erdogan’s son Bilal had secretly taken money from former al-Qaeda financier Yasin al-Qadi, a close friend of the Turkish president, although al-Qadi had was at one time designated as a terrorist financier by the United States and the UN.

It is not just financial and economic benefits that Erdoğan seeks from Putin’s Russia. He also wants political support in the 2023 election. More importantly, he is after Russia’s lobbying power in Turkey, where Moscow has built up an extensive network of influence operations over the years. Many Turkish pundits and pundits, including former generals, often appear on Turkish debate programs, repeating talking points put forward by Moscow while lending their support to the Erdoğan government.

Russian pro-Kremlin outlet Sputnik has a Turkish edition, and its coverage has been very pro-Erdoğan in recent years. Although Europe has blocked Russian media such as RT and Sputnik on the grounds that they have engaged in “continuous and concerted propaganda actions targeting the [EU] and neighboring civil society members, grossly distorting and manipulating the facts,” the Erdoğan government allowed them to continue broadcasting in Turkey.

According to former intelligence officer Enver Altaylı, who has studied Russia for decades and believes that Russia has imperial goals, with Turkey being one of Moscow’s targets, the Turkish public’s negative views of the United States , the West and NATO during the Russian-Ukrainian war. must be attributed to the intelligence activities of the Russian FSB secret service, which spent huge sums to build a pro-Russian and anti-Western Turkey.

“Many journalists are paid with these funds for their propaganda in favor of Russia no matter what,” he said.

“You may have read that, according to recent polls, almost half of the Turkish public believe that Russia is not responsible for the bloodshed in Ukraine. This situation proves one thing: this Russian intelligence fund is very successfully managed in Turkey. Whoever manages the Turkish part of this fund should receive a medal from Russia! he wrote.

Indeed, according to a survey conducted in June by the Ankara-based company Metropoll and mentioned by Altaylı, some 48% of Turks hold the United States and NATO, of which Turkey has been a member since 1952, responsible for the Russian invasion. of Ukraine, while only 34% believe that Russia is responsible.

Previous Retired fighter pilot Oliver Jenkins recalls his missions after the September 11 attacks | Hometown Patriot
Next Are there privileged people among the returnees in BiH? 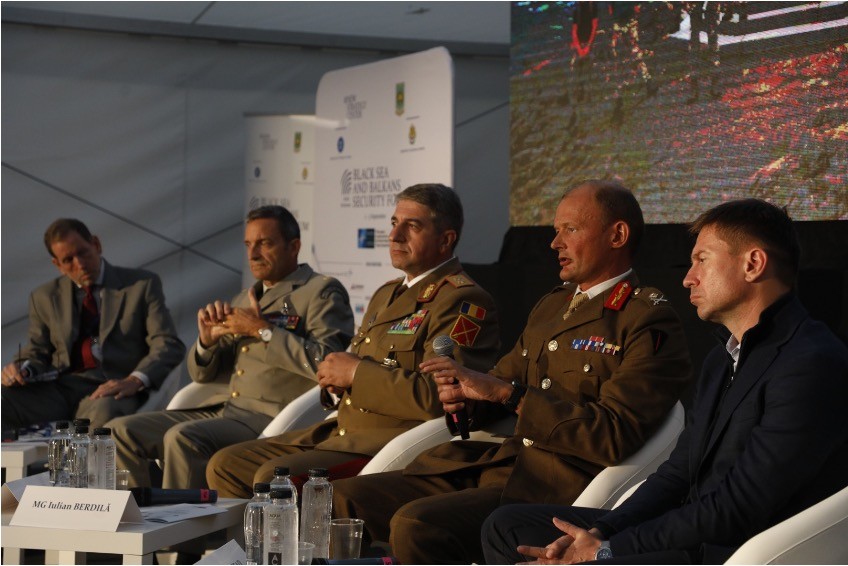 Black Sea Security Forum 2022: Debates and analysis of the war in Ukraine in Romania

Future battlefields. Adapt and innovate in the context of next generation warfare. A politico-military perspective …